Poop is a palindrome. 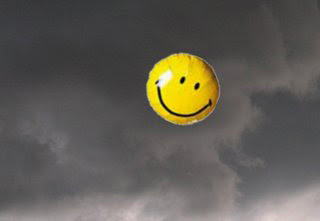 The interpreter was alone in the nature house. The rains had come and the park was more or less empty. There were, of course, a few joggers and dog-walkers, and the brown van with the old people had arrived and its doors slid open and the old people hobbled through the rain to go look at the ducks for a while, which meant only disappointment for the ducks because the old people never fed them.

The interpreter didn’t much enjoy being inside the nature house, which was a converted bungalow about sixty years old. It was musty and mouldy and ill equipped; it inherited all the old equipment that otherwise would have been thrown away: computers, fax machine, photocopier, phones, everything. He was inside, though, because he had left his raincoat somewhere—he had thought, erroneously, here—and had come to work wearing only a light jacket, which was now soaking wet, hanging on a chair in front of a barely functioning space heater. It had gone “tick- tick-tick” thirty seconds after being turned on, but had done little since.

The interpreter’s jacket was soaking wet because he had been in the pouring rain for half an hour, erecting heavy, three-piece saw-horse barriers around a leaning alder, close to the path to the lake. Overnight a beaver had gnawed a healthy notch into the base of the tree, which, theoretically, might now topple and crush someone—for example an old person anticipating being greeted by a duck. Upon arriving at work, the interpreter had received an urgent phone call telling him to “Secure the area,” which he did, at the cost of his personal comfort.

The rain stopped, but he remained inside, waiting for the heater to finish a task it was no longer a match for. He couldn’t tolerate inactivity, and so decided to attack the file boxes whose bowed sides protruded from every cupboard, shelf and desk top: program reports, children’s artwork, pictures culled from calendars, balls of string and yarn, popsicle-sticks, scraps of felt—stuff that had accumulated in the nature house over the past year, the previous year, the year before that--and the years before that back to about the Montreal Olympics. This meant that mostly he was simply throwing things away. He would rummage through a box, pull something out, glance at a page, tear out the staples and hurl the puckered document into the recycling bin. Almost everything was damp, outdated, and next to useless.

He was so bored he felt an urge to make a loud braying noise, but then Happy wafted by. Happy was a smiley-faced mylar balloon with a diminished internal Helium component. It floated, eerily, at about human head height. The interpreter had retrieved Happy some days earlier by snipping its dangly pink ribbon, which had been ensnared in a brown knot of purple loosestrife. He had taken to talking to it. "How's it goin,' Happy?"

The balloon floated away, into the back room.

"Hey! Why ya goin' in there?" It was nice to have someone to talk to.

The back room was where the paddles and life jackets were stored. This was also the room into which someone had urinated through the mail slot the previous winter, and none of the interpreters had gone back in there until the dried puddle of pee went away all by itself, which seemed to prove that some messes can be ignored into non-existence. The mail slot, which was of no use, except for peeing, was now nailed shut. The room needed a good vacuuming, that was certain, and with all trace of the puddle now gone it was safe to do so.

The interpreter dragged the wet-dry vacuum into the room. It was a canister-model, with a hose that frequently fell out so that the canister rocketed around sucking like mad through a hole in its torso until someone pinned it against a wall and stuck the hose back in. Because the vacuum cleaner was so difficult to use, the interpreter rarely used it, and because of a resulting lack of familiarity didn't realize that it was in wet mode, without the filter bag inside. Thus he did not expect that anything would come flying out the exhaust hole, which is why he was leaning above the canister as he lowered the nozzle into a gap between two piles of life jackets. That’s how he got a blast of dried deermouse droppings squarely in the face.

“Hell,” said the interpreter. He turned off the vacuum and tried to be calm. "Uh-oh," he said to Happy. Happy floated into a closet.

Well, what could he do? The interpreter went into the bathroom and washed his face and blew his nose a dozen times and sat there on the edge of the bathtub and fumed for a bit, and then he reread the Hanta posters. Hanta Virus has an incubation period of up to 45 days. Gives you time to think, reminisce, fret about the onset of "flu-like symptoms." Sniffly nose? Uh-oh. Scratchy throat? Yikes. By the time the symptoms arise, it is already too late to do anything about it.

He thought about rodents, what trouble-makers they were. Jittery little fuzzy little nibblers. They just kept on gnawing and eating and pooping out miniature missiles of death. Deermice. Rats. Porcupines. Beavers. Hamsters from Woolworths. The lot.


An hour later he was outside on the deck in his damp jacket, breathing clean air beneath the overhang, listening to a creaky tree frog calling from beneath the flooring, when a beige Volkswagen Golf drove up. It belonged to Stacey, a younger, prettier interpreter. Her passenger window lowered.

He came and leaned into her car. “So how was your day?” he asked.

"Boring," she said. Stacey had been at a meeting at Head Office downtown. Stacey--young, attractive and personable--seemed soon to be cherry-picked from the lowly ranks of the interpreters, was being groomed for better-paying things. She would be promoted above him. They both knew this, but had not yet spoken of what awkwardness this asymmetry in status might cast upon their friendship – or how it would affect his ability to get around. The interpreter had not yet found an affordable replacement for Old Girl, and had been counting on fellow-interpreter Stacey for rides to the far-flung parks of the region.

"Do you want to know about my day?" he asked.

Once out of the circular drive he asked, “You want to hear what happened to me?”

“Yes, what happened to you?” She was looking at him instead of where she was going, so the interpreter took over watching the road, ready to give the wheel a nudge.

"Well, it is altogether likely that today I accidentally inhaled a fatal dose of mouse poop." He was about to push the wheel left, for they were cruising asymptotically closer to a deep ditch, but Stacey resumed watching the road and adjusted the car's trajectory.

"What are you talking about?"

She stopped the car at the train tracks, and turned to place her hand on his forehead. “You seem okay,” she said.

“It usually takes a while. I might have 45 days to live.”

“Oh, would that that were true.”

The bells clanged and the red lights flashed and railway gate dropped, almost on the hood of the Volkswagen. The blue-and-white Rocky Mountain Express rumbled past, shaking them in their seats.

After the train and its noise had faded away, and as the gate rose, Stacey said, “You could take that train. It goes to Banff. Have you ever been to Banff? Everyone should see Banff before they die.”

She shrugged. “Chances are, no. There’s never been a case of Hanta here, and the nature house mouse poop was tested last year. Results were negative.” She drove across the tracks.

Then he asked, “Does your car feel hot to you?”

They drove in silence for a few miles, until the interpreter asked, “On my death-bed, do you know what my last word will be?”

He wasn’t certain if she knew or not. “It’s a palindrome,” he said.

Posted by Hugh Griffith at 2:26 PM

I read the first sentence and thought "goody goody, another interpretor story." I really enjoy the intepretor stories.

Thanks, Aunt Debbi. I know they aren't typical nature/garden blog fare, but I like telling stories, so I'll keep adding them. It is encouraging to know they are enjoyed. Much appreciated.

Agreed - the 'interpretor' stories are my favorite!

I love the interpreter stories a lot, they are my favourite and I love to read them and thanks buddy for sharing this lovely story with us

Ha! I've learned by now not to drink liquids while reading the Interpreter series, so this time my keyboard stayed dry when I read the part about the facefull of mice doo. Gack! I trust that you're not feeling flu-ish, and that I can look forward to more stories. (And I will keep reading, even though I'm a little sad about the grey rabbit. I hope he found someone to love him.)

“Hell,” said the interpreter. He turned off the vacuum and tried to be calm. "Uh-oh," he said to Happy. Happy floated into a closet.

Oh, I am laughing, horrified, with hands clutched to mouth.