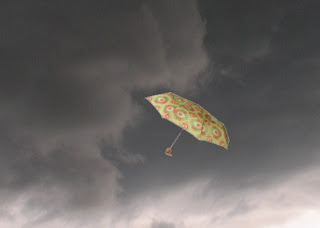 The interpreter was feeling nauseous and had a headache. Before these symptoms came on, he had been in a good mood, because former interpreter Stacey, who a while ago had been promoted to the big office, had decided to re-establish a part-time presence in the ratty old nature house “to interface with the front-line staff,” whatever that meant.

The interpreter had always enjoyed the company of the younger, prettier Stacey, who had been by any estimate a very good interpreter. “Hi,” he said when she walked in the door. “What’s the deal?”

“I'll need a desk in here,” she said. “How 'bout that one.” She pointed to her old desk, the desk these days used by the interpreter Amanda.

“Sure,” said the interpreter. The fireworks that would come later would be interesting.


He had been re-painting the feely-box in the exhibit room of the nature house with an oil-based green paint, Jungle Bromeliad, which seemed inappropriate for this hemisphere. It was paint fumes that caused his nausea and headache. Once finished, he wobbled into the office area to find Stacey cutting bird silhouettes from construction paper.

“Why are you doing that?” he asked.

“Someone has to do this,” she said.

He doubted that was true. “But aren’t you...above this now?” He expected she should be pouring over maps, or typing numbers into a spreadsheet, or writing up some kind of report.

“This from the man who just painted an item that is un-ironically called ‘the feely-box?’” She had put down her half-cut bird and scissors to look him in the eye.

“What are you talking about?”

“The feely-box. Don’t you think you’re above that?”

“It looks better than it did.”

The interpreter said, “Well, I’m going home now. I have a headache from tropical paint.”

“If you wait a bit, I’ll give you a ride.” Stacey well knew the interpreter’s reliance on public transportation.

“Thanks, but no. The walk to the bus will clear my head.”

“It will probably start raining again. Do you have an umbrella?”

“You can borrow my umbrella,” said Stacey. “And I’m sure you would notice sleet.” She disappeared behind the desk. He could hear her rummaging in her zipper-bag thing. Back when she was an interpreter, she carried a backpack.

She tossed it at him anyway. It was a pale green folding umbrella with a pink and orange floral pattern. He failed to catch it. It hit him in the chest and fell to the floor.

“So? Does that threaten you? Fine, leave it here, get wet.” She seemed annoyed.

“All right, okay, thanks,” said the interpreter. He tucked the gaudy thing under his arm. How simple interactions often disintegrated into misunderstanding and bruised feelings dismayed him.

“But don’t lose it, it’s my mom’s!” Stacey called as the door closed.


It was the bus that connected with the train. He had to run, but fortunately a mother with two children and a collapsible stroller caused enough delay for him to make it. He stuffed coins in the fat slot and the thin slot spat out a cardboard ticket with a magnetized strip.

It was while he was standing, holding the overhead bar, that the rain started. It was a sudden, pounding rain, more typical of summer storms in the east, and the riders on one side of the bus had to jump up to close the windows.The interpreter needed something to focus on to shorten the trip. He chose the bus’s windshield wipers, which were hypnotizing. Their periods differed; the left one completed nine cycles in the time the right completed only eight, so only for short, illusory moments did they seem in phase. This was the sort of thing the interpreter would always notice and feel compelled to explain to someone else who would stare at him blankly.


More and more wetted passengers came aboard, causing the windows to steam. The interpreter again became nauseous. When he believed the bus close enough to the train station, he rang the bell.

Off the bus, he welcomed the fresh air, despite cold rain slapping his face. He began to jog, but stopped when he remembered the umbrella beneath his arm. He had a frantic fight to get it open, standing in a parking lot. He ran four or five steps before all the hairs on his arms and neck and head stood straight up as if they were screaming in terror, and blue sparks exploded from the spokes of the umbrella and a giant fist from the sky smashed him to the ground. He didn’t hear the noise, only the ringing in his ears afterwards. He could smell the electric train set he received for Christmas when he was eight years old. Rain was falling on his face, and Stacey’s mother’s umbrella was dancing away in the wind.

A stout, dark-skinned woman wearing a black athletic jacket, Oakland Raiders, bent over him. She leaned close into his stunned face and asked, “What was THAT?”

“I believe I have been struck by lightning,” the interpreter answered.

He was tugged back to his feet; the woman was strong. He spun around to get his bearings, which made things worse. He latched onto the gate of a pickup, which opened unexpectedly. His chin hit it as he fell back to the ground. For a few seconds he seemed to be way up above, perched on a light standard, and he squinted down to where the umbrella was shuffling along untended. It reminded him of a horseshoe crab struggling onto a beach to mate. It stepped blindly off the curb and into traffic and was promptly run over by a Hertz rental vehicle. The interpreter threw his hands in the air as if that were worse than being struck by lightning, and then fell back to the pavement.

The Oakland Raiders woman had seemed to have left him, but now was back. She said something in Spanish, to which the interpreter responded, "Oui." He waved her off and staggered drunkenly to the train station.

His ticket wouldn’t work in the turnstile because its electromagnetic information had been erased. He threw his hands in the air as if that were worse than being struck by lightning. Trying to purchase another ticket, he discovered that his credit cards and bank cards had been erased too, which truly was somewhat worse than being struck by lightning. He had a quarter in his pocket. “Please still be there,” he prayed. Stacey answered the nature house phone.

The interpreter said, “I’m sorry to report that your mother’s umbrella has been destroyed. I need a ride, can you pick me up? I have been struck by lightning and everything is not working.”

“What? Are you serious?”

“My headache seems to be gone is the good news, though.”

Posted by Hugh Griffith at 3:57 PM

Email ThisBlogThis!Share to TwitterShare to FacebookShare to Pinterest
Labels: lightning, Stacey, the interpreter

Zounds. Are you OK?

Wow, bad luck certainly comes in bunches for our Interpreter.

I must be an evil person because I enjoy the dark humor behind his unfortunate events.

"The interpreter threw his hands in the air as if that were worse than being struck by lightning, and then fell back to the pavement."