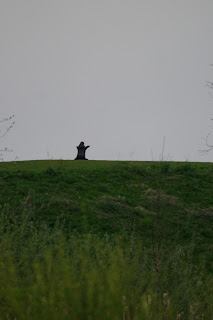 Remember Teletubbies?  Frightening hillside denizens of children's television in the late 90s-early 00s? I thought I saw one today, off in the distance, and trained the 300 mm on it.  It was wobbling slowly in a menacing way, and gradually became less Teletubbie, more giant tardigrade. 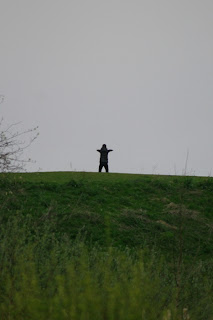 It started to grow legs, but its forelimbs remained stumpy buds. 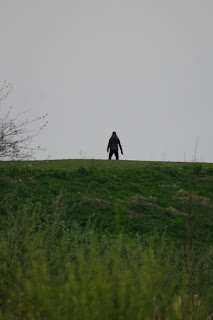 Then its arms unfurled and it became one of the aliens my son zaps with lightning bolts on PS3.

Off in the distance in the other direction,  a Eurasian Collared Dove was calling.  It seemed a good idea to go look for it.

Posted by Hugh Griffith at 5:11 PM

What a strange blast from the past! I didn't like that show, but it was the only thing that helped distract my baby boy from a queasy tummy, so I actually videotaped it and played it back to him on bad days. Eeww. It's a good thing he doesn't remember.