Many an unpublished novel lies yellowing in a desk drawer, so they say.  I had one, and then I had another.  Soon I may have three.   This one’s even fatter.  I need a deeper drawer. 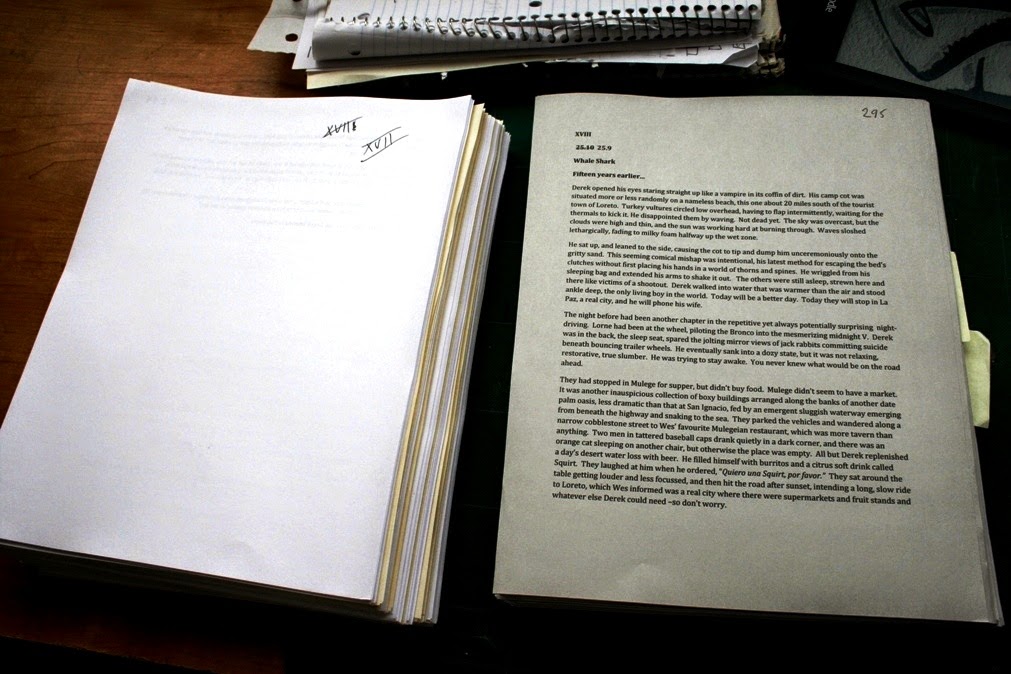 This is the second draft of Number 3.  The working title is The Snake Club, because several key threads stem from chance meetings at a snake club. If you’ve ever spent time among snake club people, as I have, you know you’re never more than a conversation away from at least a short story.

An alternate working title was Baja, or something including the name Baja, because of centrality of that particular peninsula to the story.

Baja.  A place to go when you’re either a zoologist or a turista.  I’ve been both.


Zoologists have the greatest adventures, because they involve interactions with animals that are absolutely not on board with whatever your plans are, and also because zoologists are usually accompanied by other zoologists, and zoologists are known for possessing a combination of doggedness and bravado that override common sense or even basic planning. 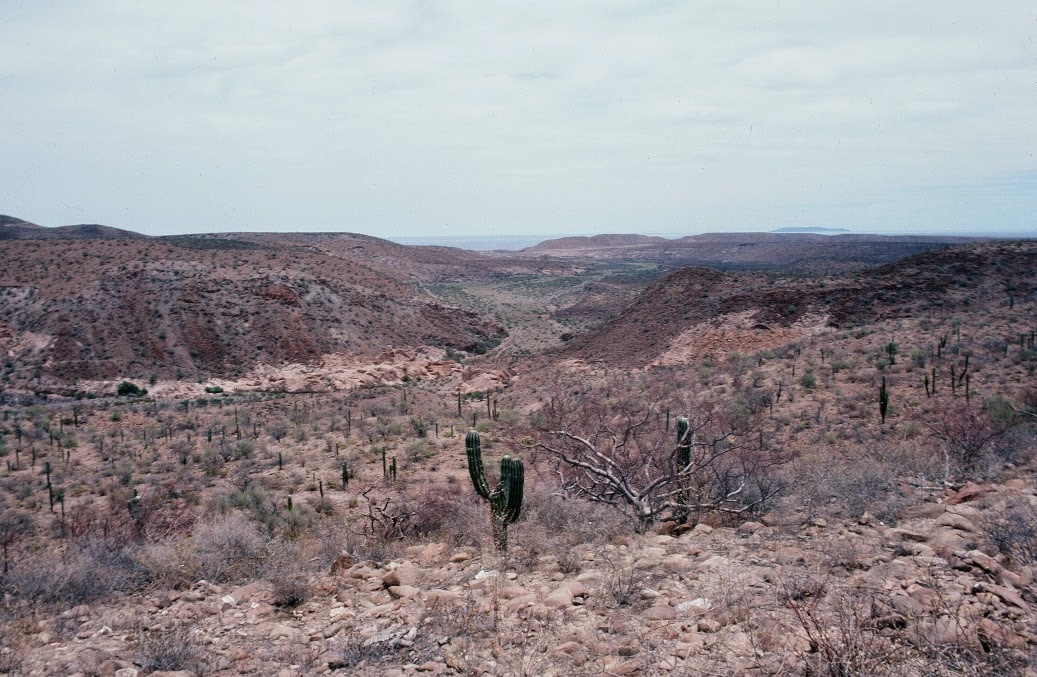 And then the turista aspect: Everyone knows being a tourist is lame. It’s a weird contract: Treat me like I’m dumb and I’ll go along with it, and Lord knows where I’ll end up in this stupid shirt.

The story for Number 3 came to me in between buffet binges on a large white ship that was inching its way south along the Pacific coast of Baja.  On the little television in the stateroom, which is what a hotel room on a ship is called, a little boat icon was moseying south along a map of the peninsula, indicating more or less where we were.

I kept looking at the little television, and at the peninsula, every so often poking it with my finger, thinking, there, right there, when I was a young zoologist, way before children and so much of what life is now, that certain thing happened, and, whoa.  And a few hours later, I would poke the screen again, where at that another place, there, right there, that other thing happened.  And so on.  By the time we got to Cabo I had smudged the little screen with a vertical stripe, each fingerprint a story.

On my first experience with that peninsula, which is to say being on it and not in a boat sailing past it,  I was never even remotely well-fed.   In fact, on that first trip most of the time I was starving, and I was exhausted. We had brought nowhere near enough food and we never slept.  In daylight we hunted lizards in arroyos and at night we collected rattlesnakes, which is not a good thing to do if you are famished and exhausted, dehydrated and from Ontario where you’ve never once encountered a wild rattlesnake. 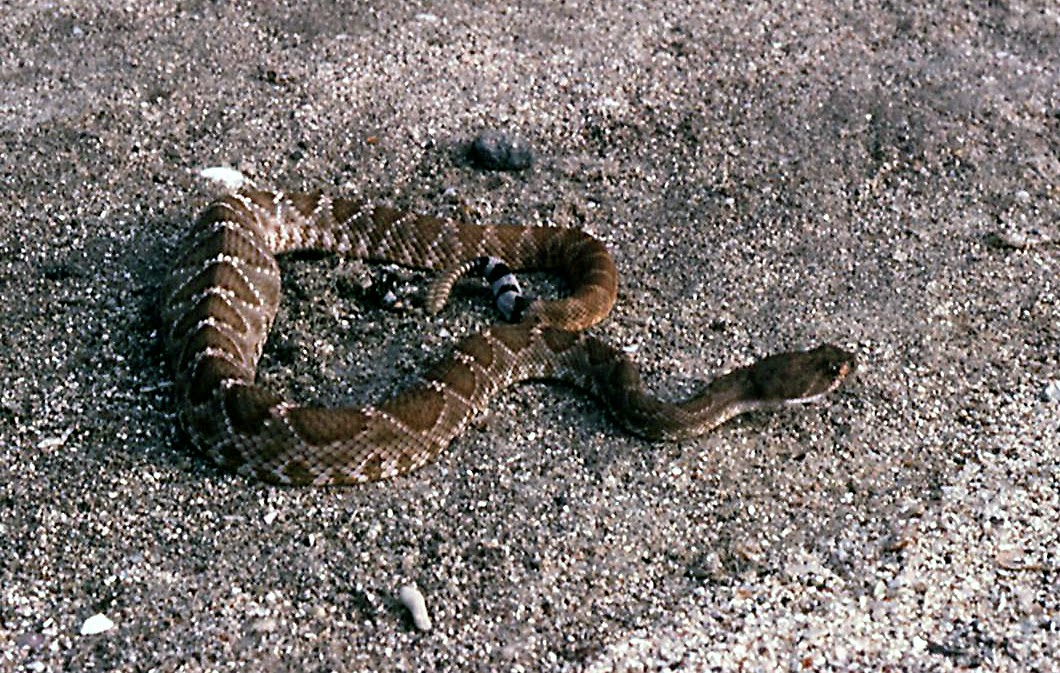 The second pass, via boat, older, overfed and rested and with an unwanted yet detailed knowledge of Dora the Explorer and Thomas the Tank Engine, I had to recognize that somewhere along the line life had taken a perhaps regrettable turn toward normality.

A voice travelled back through time and through the tiny stateroom television and said to a young and heat-stressed me in the desert: "Live through this, and you might end up normal."

I used the circumstances of both trips to frame a novel.  It may be a new form of literature in which a character travels up and down the same narrow stretch of real estate more than once, the trips at least a decade apart—and the experiences, temporally separate but geographically overlapping become entwined.  The repeated journey, in this case the peninsula, becomes a swizzle stick mixing past with present, which could be another title:  The Peninsula is a Swizzle Stick.

Of course, for a compelling story the conjured trips have to be a little more eventful than what really happened either time, but the larger possibilities weren't hard to imagine.  Whether you’re hunting rattlesnakes in the desert, hungry, tired and relatively clueless, or are bobbing along in a cruise ship, riffling through the restaurant guides while supposedly keeping track of young children, things can easily, suddenly go sideways.

If you look closely at the first image, you'll see that the stacked pages alternate between white and non-white.  This was to help in the editing, but also signifies the alteration of narratives, from the first trip to the second.  The past trip remains fresh and relevant as the present trip unfolds.

I shall edit, and then edit it again. It's not ready for the drawer yet.

Posted by Hugh Griffith at 9:58 AM

I admit that I read that first photo to get a preview of what is to come (maybe?) I do hope to read the real thing (or one of them) one day!

Tim, you have been so kindly supportive over the years I'll let you read the next version of the ms if you'd like. Thank you.

I hope you see your way to publishing this. I'm intrigued. And I'll buy your book.