Our first trip to Oahu was in December 2013.  We arrived after dark, and the next morning for a few seconds I was excited by the white birds flying around the hotel, until it was clear that they were all pigeons.  Waikiki has a very high percentage of all-white pigeons.

This time, last week (i.e., late March), we also arrived after dark, and partway through the first morning I realized that many of the white pigeons weren't.  They were flying acrobatically, buoyantly, joyfully.  They were White Terns, or Manu-o-ku, and it was breeding season. 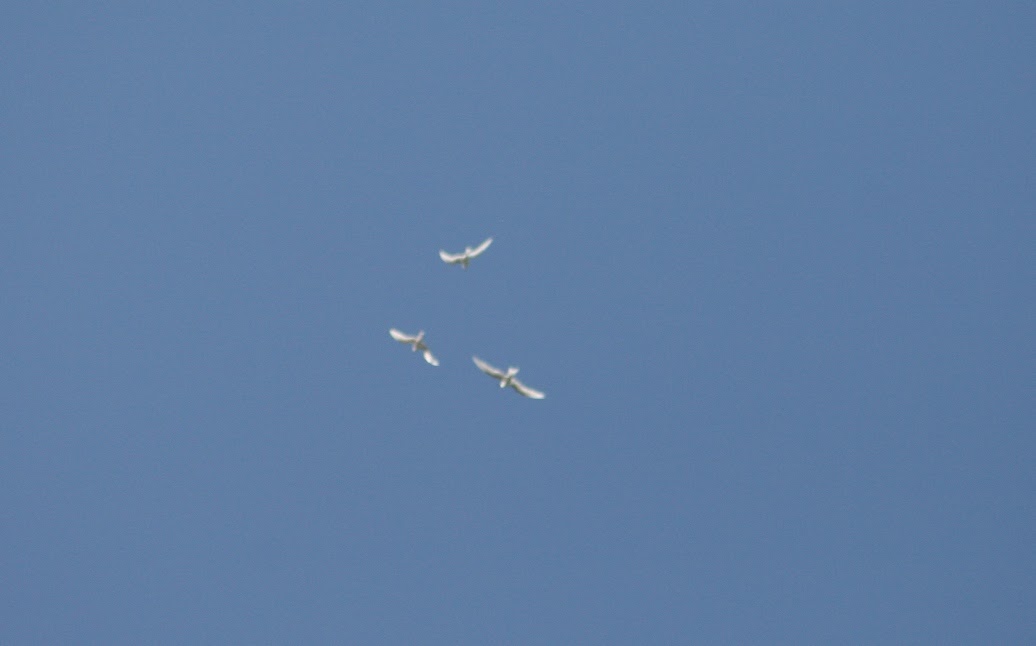 Mom and Dad (probably) teaching a youngster to fly like an angel.

Not long ago, White Terns were absent from or rare on southern Oahu, but they became established along the south shore in the 1960s and 1970s, and are now common in parts of Honolulu, notably in the large parks in Waikiki, where they nest in trees, depositing a single egg in a crevice in a branch. 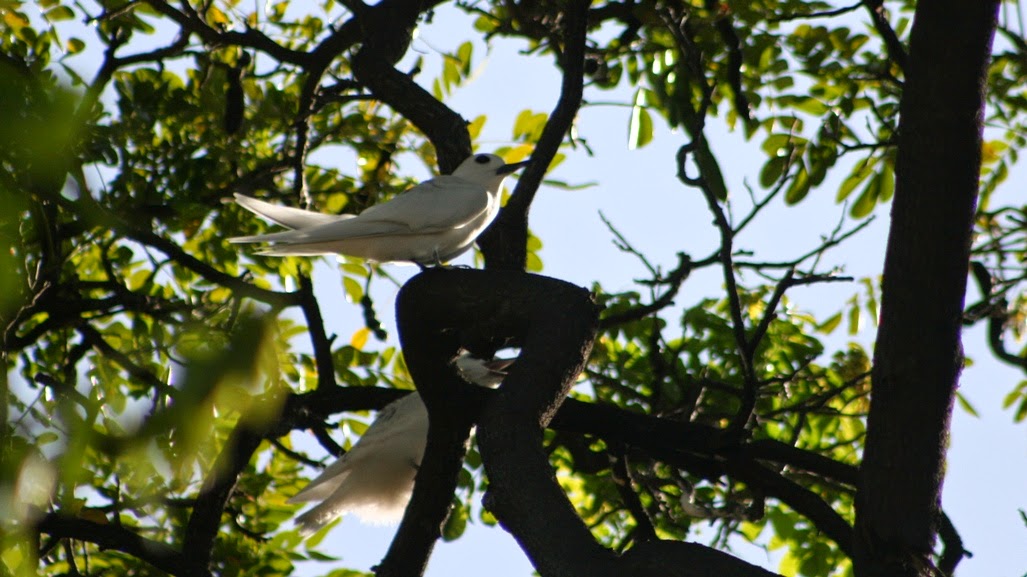 Adult with young in a tree in Fort DeRussy Park.

They are very easy to see, nesting in trees among the cyclists, skateboarders, Segway-lurchers, picnickers and everyone else in Fort DeRussy -- and likely in other busy urban parks. 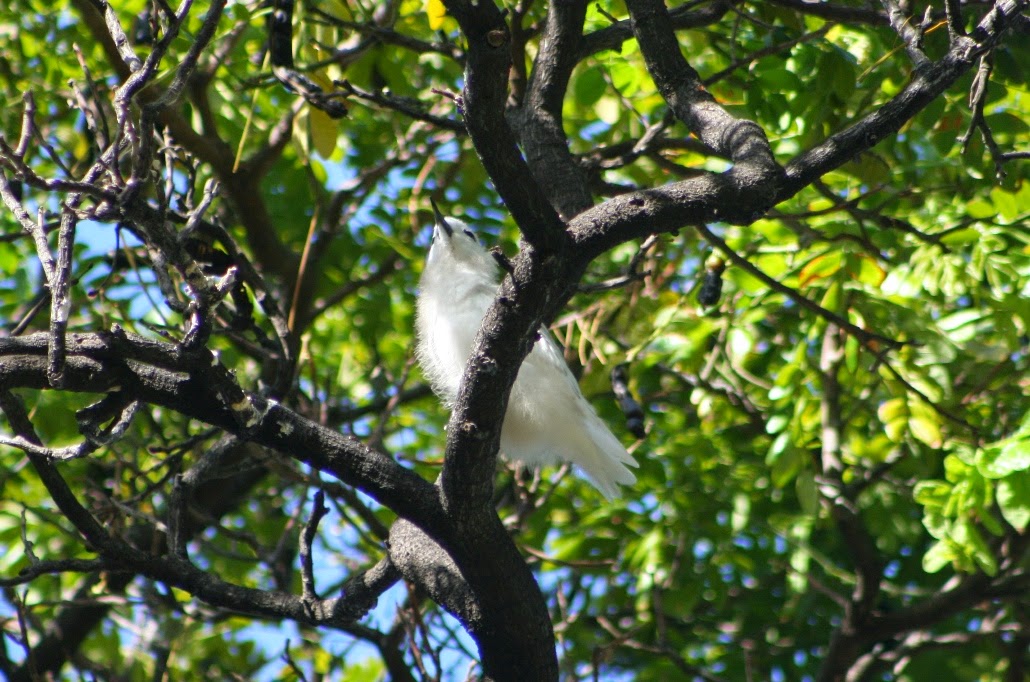 What surprised me was that they have spread far beyond the relative peacefulness of parkland, and apparently quite happily.  Last Saturday we were watching the Prince Kuhio Day parade on the main shopping street, Kalakaua Ave, and observed White Terns nesting in the trees along the boulevard in front of the high-end designer stores.

So while this was going on... 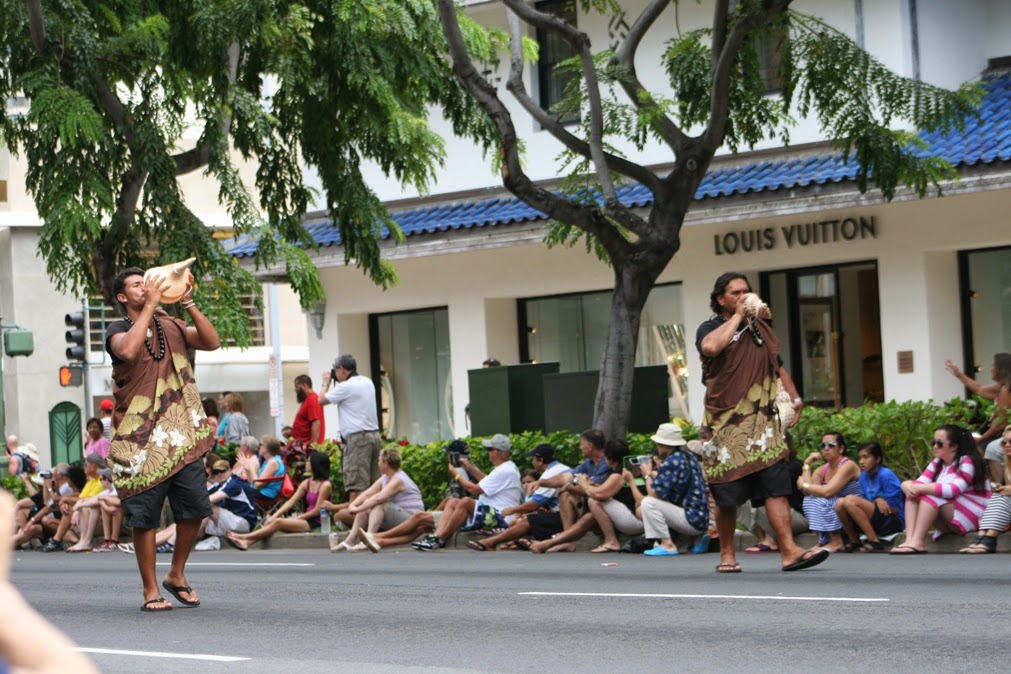 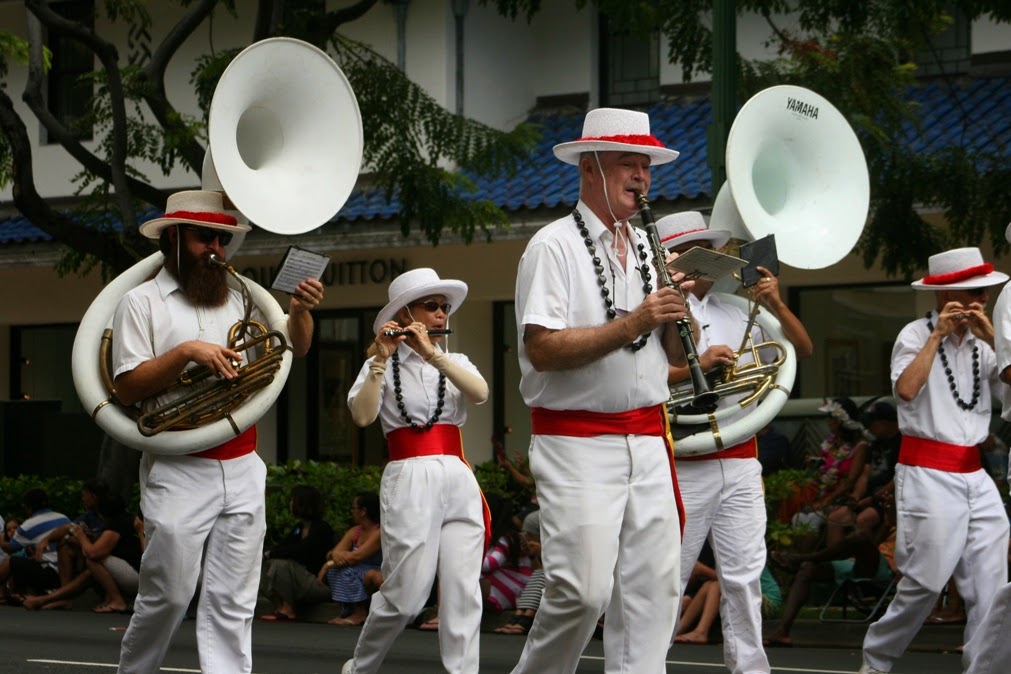 adult terns were coming and going, tending to their chicks. 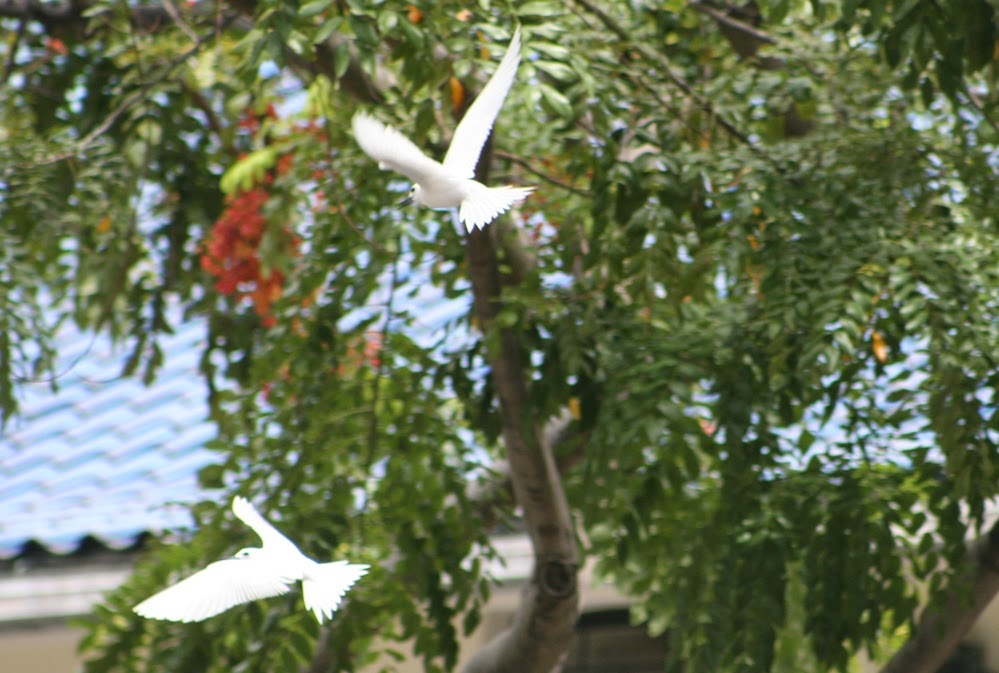 In front of Luis Vuitton, mid-parade

They are fast fliers, hard to photograph in flight, but I like the washed-out look of the following picture, 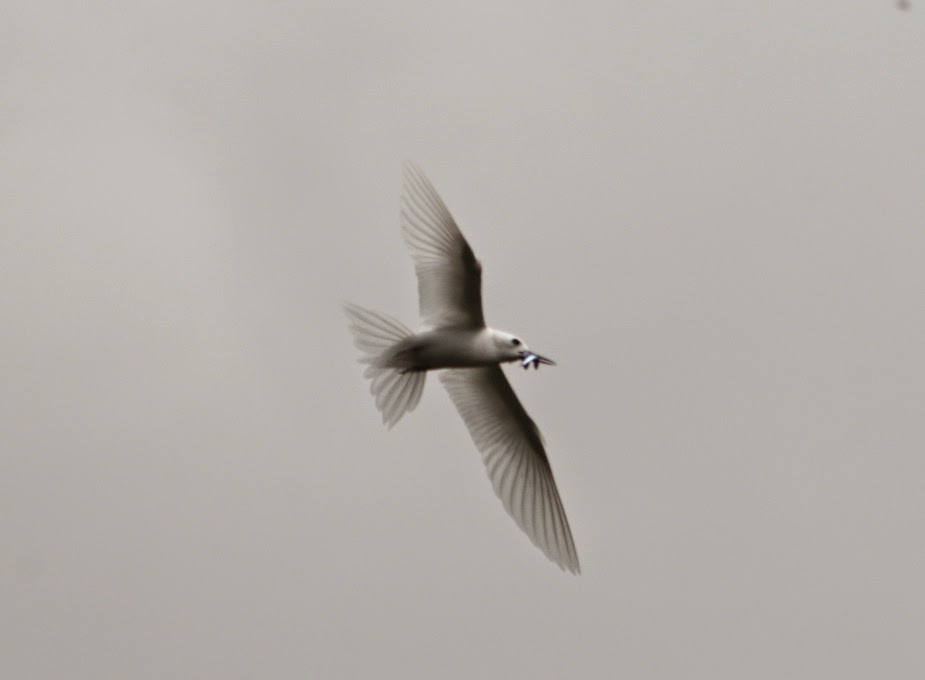 with the shiny blue fish in the bill. 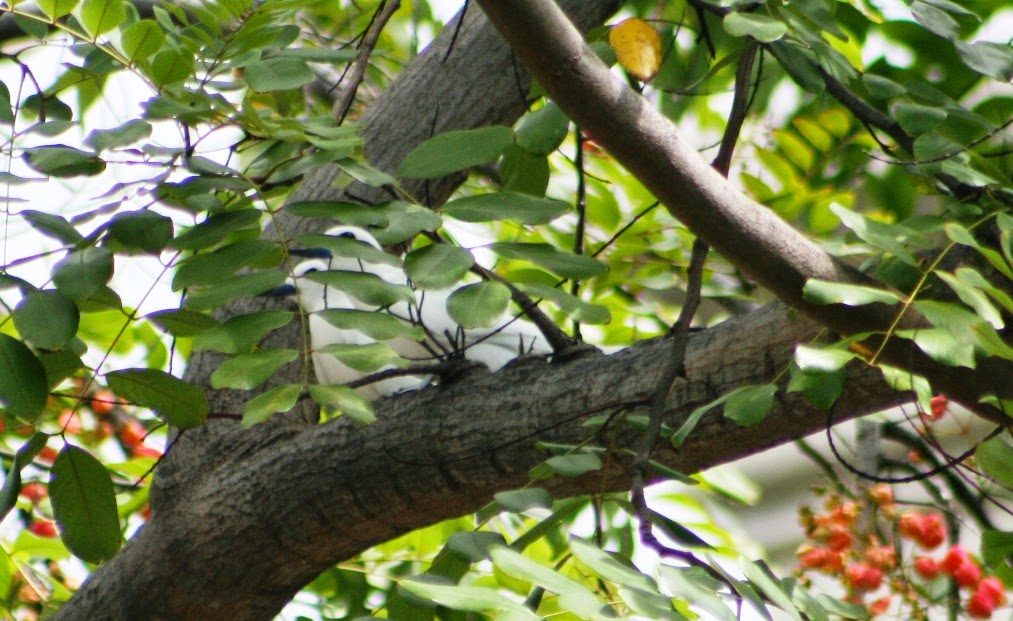 Youngster and at least one adult tern, watching the parade. 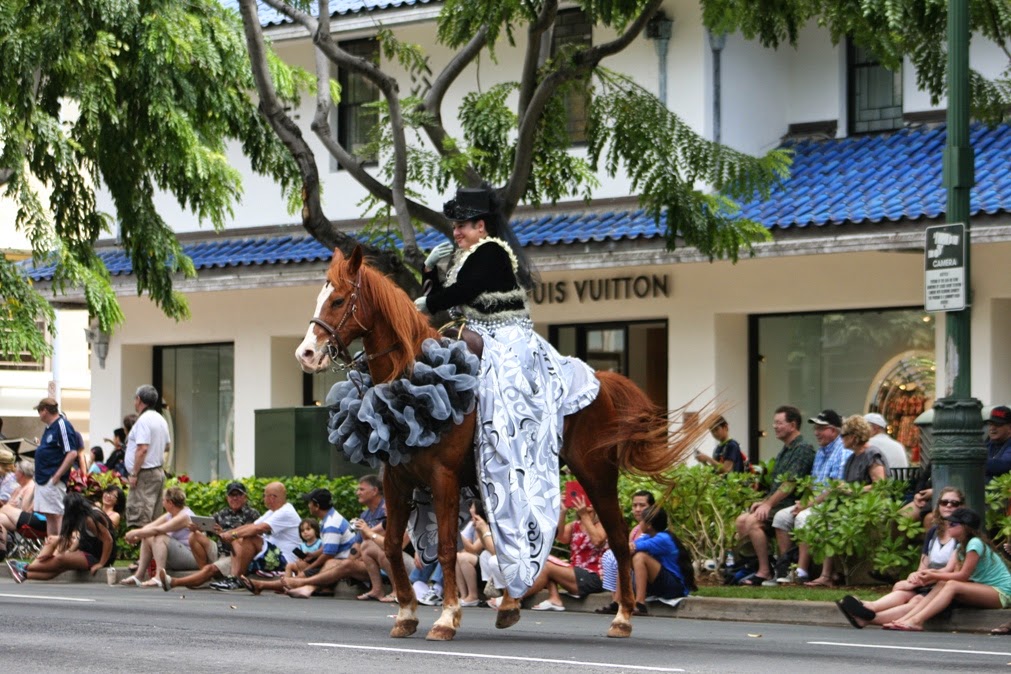 There was plenty to watch.  We had not even expected a parade, and it was a lot of fun. Hawaii hurts my smiling muscles. 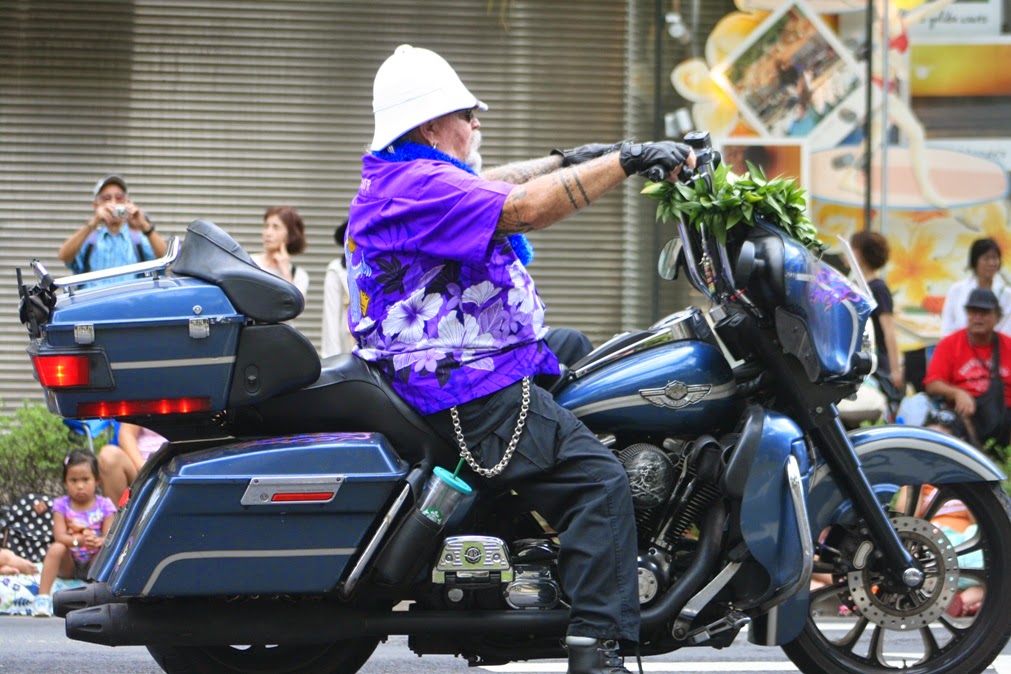