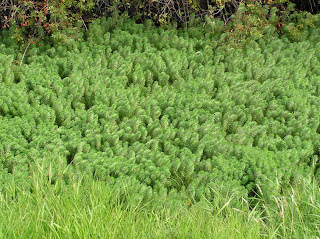 I have been watching this aquatic plant spread throughout a nearby drainage ditch for a few years. It seems that its work is now done. 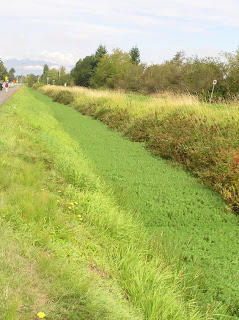 It has spread from one end of the ditch... 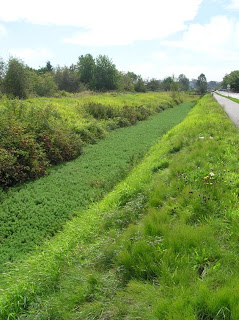 to the other, a distance of half a mile. It usually dies back in winter, but winter 2009-2010 was so mild (recall the no-snow Olympics?) that it remained present, and over this past warm summer has exploded. I estimate the ditch is about 95% covered, with only a few bathtub-sized splashes of open water and exposed mud patches. 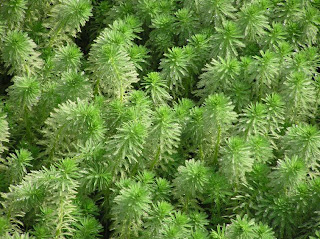 I'm reasonably sure this is Parrotfeather, Myriophyllum aquaticum, aka Brazilian water-milfoil, an Amazonian native used in the pet-trade as an aquarium garnish (probably not the correct term). It has been found in ditches at both ends of Richmond, and now here, roughly in the centre of the island. It has won. 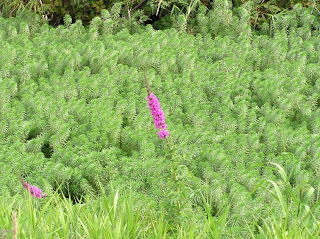 Sprigs of purple loosestrife with their work cut out for them.
One day, someone decided to empty his fish tank into the ditch...
Posted by Hugh Griffith at 1:35 PM

I guess that's how it started... I'll have to watch for it, I'd love to pick up some for my aquarium!